Every year, the Williamson Leadership Program travels to Canberra to explore politics, policy, leadership and influence in the national capital. In this article, a group of 2019 Williamson participants give us their bird’s eye perspective on this year’s experience, as they wearily travel home.

Make yourself comfortable and hold a soft gaze before closing your eyes. Breathe in. Acknowledge the air as it gently fills your lungs. Pause. Let the weight fall from your shoulders as you breathe out.

What’s behind you? What at first looks like a chair, is in fact your obligation. From this seat, you hold immense power and privilege; more than most, yet less than the powerful few. The art from here is to understand how you can harness this position.

Across two action-packed days in Canberra, we were able to dive deeply into the essential question of “What needs to adapt for a thriving democratic Australia: Our system of democracy or the obligation we take for it?”

Dr Andrea Carson, Associate Professor of Politics, Media and Philosophy, challenged us to consider how so many were able to read the federal election result so wrong. As we critique the notion of a ‘Canberra bubble’, how many of us are forced to consider the bubble that might surround each of us – masking and shaping our perspective on the genuine state of the nation? Regardless of whether this outcome is a success or failure of democracy, are we as the voting public fully appreciating and performing our role adequately?

Next, we toured the various chambers and corridors of Old Parliament House, admiring the ornate Speaker’s Chair and considering the responsibility that comes with sitting in it as our presiding officer and governor of a fierce and just democratic debate. Down the hallway we passed the Prime Minister’s office, imagining if the walls could speak, what they might say while observing Australia’s most significant chair and the array of leadership styles – from command and control to dictatorial to absolute consensus-driving – bestowed by those who have graced it.

Then to our lobbyists where we learned that this seat doesn’t simply mediate delicate diplomacy, but literally “open doors in this town.” The lobbyists cautioned us to not miss the mood or mode of the Parliament; encouraged us to crystallise the message; don’t threaten, don’t waffle; ask for something; bring solutions; have a united clear message with a local focal point; and closed with a word of warning: “if you can’t say it in 10 pages, you don’t have a case.” The lobbyists also explained that this critical seat, quite simply, brings advocacy, translation and efficiency to the political ecosystem.

In the frantic world of the 24-hour news cycle, frequent polling and political impatience, two media specialists took us on a walk down the memory lane of media and the dramatic changes they’ve experienced in the Press Gallery over the past three decades. As a critical conduit between the voting public and Capital Hill, they described the view from their (sufficiently cynical) chair where specialisation is all but extinct among major mastheads and where “politics have become an inch wide and an inch deep” as critical issues are presented in black-and-white three-word-slogans when “genuine media interest really lies in the shades of grey.” Yet, amidst immense change, one thing has held true: “good policy makes great politics.”

This “CNN effect” was then reinforced by a Politics and International Relations Lecturer at the Australian National University, who offered an analytical perspective to the federal election and spoke to the impatient response times demanded in today’s political context and the blind faith in polling that fuelled media narratives and arguably, in-turn, public perceptions. As a counter perspective, they also presented historical data that suggested how challenging it is to shift the political preferences of a significant portion of the Australian public, reinforcing John Howard’s notion that “you can’t fatten the pig on market day.”

What better way to close out the day than to hear from National Press Club royalty over a meal with budding friends as Michelle Grattan educated us on the art of politics, the distraction of ‘strawberry-gate’, the errors of chasing big targets in political campaigning, and the distinctive difference between authority and leadership that she’s witnessed across her illustrious career.

Day two gave us the chance to sit in the hot seat of a speaker from a national representative organisation and appreciate the multiple and competing forces facing them in their role. Wedged neatly between the government, the opposition, multiple industries and the public, the representative told us his leadership story in living out his personal passion, “fronting and facing-up” to the people he represents in a context where you simply “can’t please everyone all of the time.”

An elected member for a Melbourne suburban seat, the next speaker spoke of the leadership challenge of authentically representing her local constituency. She spoke of her party on a national stage, gender in a patriarchal political arena, and her young family in a society still struggling to value genuine work-life balance and stay-at-home men. While feeling counter-intuitive, she warned against principle-compelled leadership, proving the next generation of politicians may just well have the patience and sensibility to play the long-game in Canberra.

After parting ways to visit the Aboriginal Tent Embassy and explore Timor-Leste’s story of the struggle for independence and Australia’s role in South East Asia, we finally convened at the Australian National University. We rounded out our Canberra immersion experience with an academic and personal reflection of the complex legal context surrounding the nation’s ability to positively recognise Indigenous Australian people in the Constitution. A powerful lesson in Australian history, understanding, equality, inclusiveness and justice, a professor at ANU graciously shone a light on the dissonance among today’s common law and the firmly-held views of many Australians to treaty and Indigenous recognition – a stark reminder that not all seats are currently equal and that recognition is not about providing identity, but in fact “begetting the wrongs of the past.”

As we wearily claimed our seats on the plane home to Melbourne, we couldn’t help but consider our role “in this mess” and reflect on the question of this Canberra trip – what does need to adapt for a thriving democratic Australia?

Now it’s time for one last deep breath in. Feel the air pass through your nostrils and into your diaphragm. Hold. Give thanks for the wonderful people of Golden Wattle and when you’re ready, open your eyes. 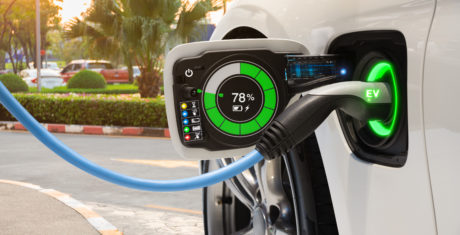 I constantly hear that we should have been incentivising the adoption of electric cars over the last few... 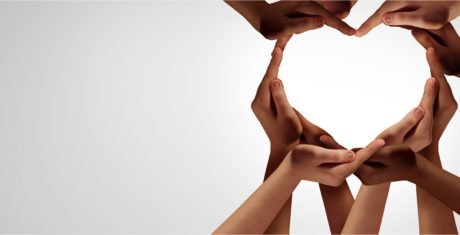 "Harnessing a healthy sense of belonging is not a one-way street. It begs the question: in the workplace,... 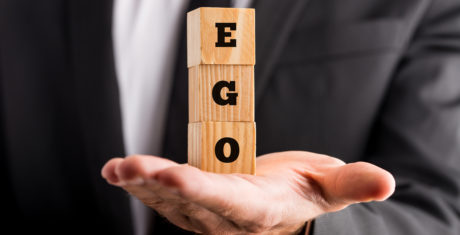 Ego, the sense of self that needs protecting or defending, still plays into leadership in subtle ways.