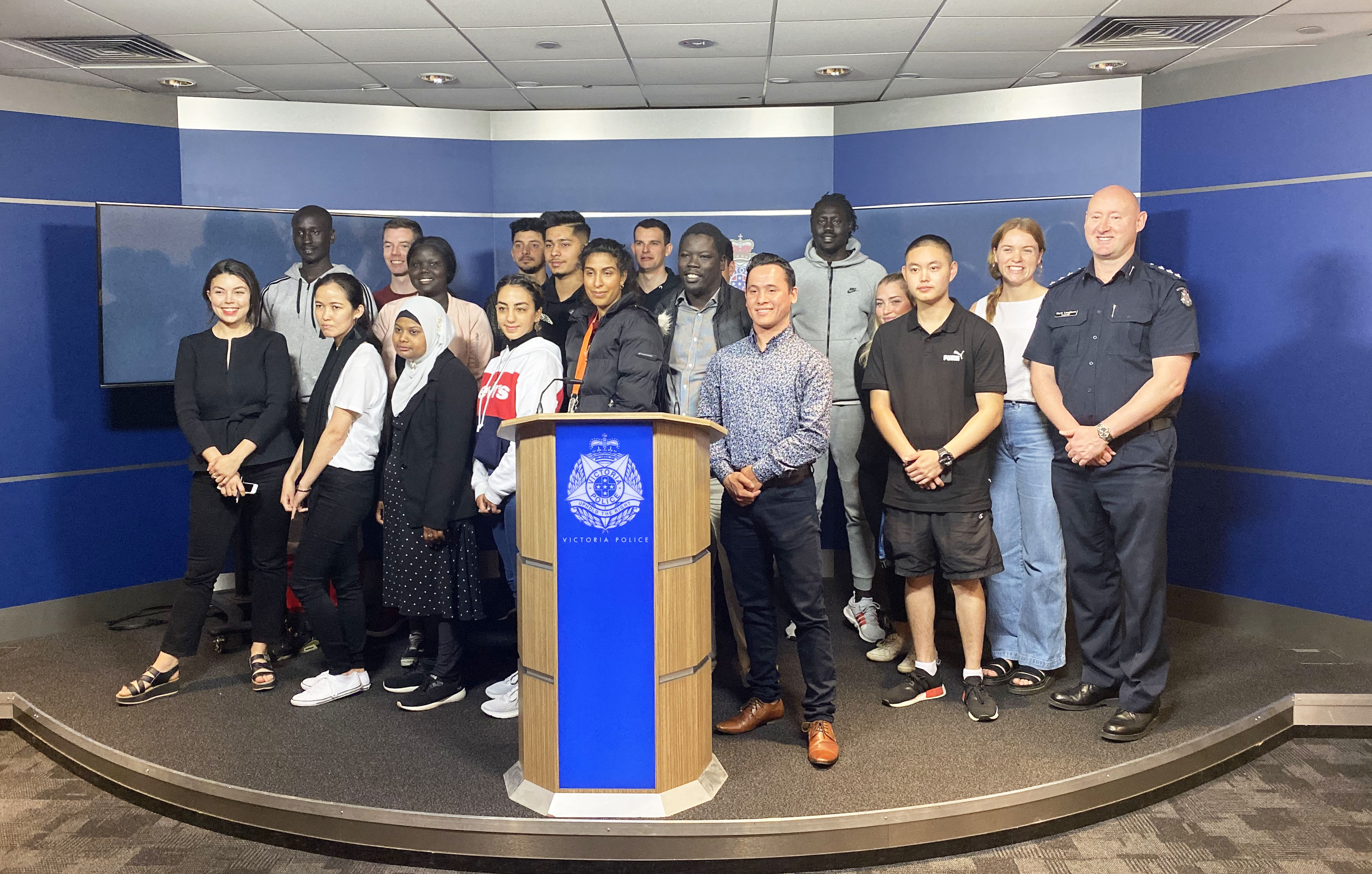 If anyone else wanted to do this course, I’d say ‘just go for it’. Don’t hold back. You’ll meet a lot of great people, it’s a safe environment and you’ll make friends for life. If you’re not sure, just ask people who’ve been involved, it’s really great!”

This is Mehri Vijdani speaking of the 2019 Greater Dandenong Young and Emerging Community Leaders Program. Mehri pushed herself “out of her comfort zone” to undertake the program.

“I’m a bit shy. I want to work on my public speaking. I’m a bit nervous speaking in front of a crowd. The course has helped me talk directly…”

Mehri, a 24-year-old university student, is a community volunteer with an Iranian and Pakistani background. She’s studying psychology, family studies and health promotion at university, and is particularly interested in domestic violence. She’s the English speaker in her household and has overcome bullying and racism to become a community youth leader. The skills she hones in the program are immediately put to use. Daunted community members come to Mehri with everything from employment to parking tickets. Mehri, all about breaking stereotypes, is enjoying working with young police officers during the course. One day, she hopes to join the police force.

So is Sudanese community leader Khalid Katikang. Which is not surprising, because the youth worker is keen to become a policeman himself.

“It’s one part of why I joined the program. I’ll be asking the young officers about how to join. You get a good view of what it’s like to work for the police. I’d like to work as a liaison officer. Victoria Police is growing, and it needs a diverse group of people.”

Khalid has lived in the Greater Dandenong area for 13 years. He won a community award in 2016 after years engaging at-risk young people in after-school programs and sport. He was a key participant in a state government-funded Say No To Crime campaign. The Program is directly relevant for him.

“I hope to learn skills to take back to my community and up-skill other people and teach them what I learnt. Dandenong is potentially a very successful area. It’s a very diverse area with a lot of needs. I want to empower young people and be a voice for them.”

Rohingya refugee Amina Khatun received an Outstanding Service to the Community citation at the annual Refugee and Asylum Seeker Recognition Awards, hosted by Friends of Refugees.

The Morwell mother-of-two is also keen to join the police force.

“I’d like to become a police officer at some stage and work in family violence in the Muslim community helping women who are not comfortable talking with police.”

This ambition arose from Amina’s work as an interpreter and translator in her community. She has been the voice of her people as an advocate for women too frightened to speak out and the link between refugees and vital support services.

“There’s not much awareness of support services, there’s not much connection with them. I’ve talked to lots of organisations and I have an awareness of family violence, so I can help give the women with abusive husbands the self-confidence to seek help.”

Amina is excited by the opportunity to “educate” young police officers about what young migrants face. She’s been encouraged by the very friendly police she’s met in the course.

Amina’s activism lends urgency to her desire to build her leadership skills. “The main thing is knowing more so I can help someone. With these skills, you can save someone’s life.”

“The main challenge I face educating my community is getting the attention of community members to the problem I want to address.”

Convening an information session about sexual assault, she had to be crafty.

“It was very difficult for us to promote the program exactly as what is was… Instead we promoted it as about women’s health because we knew if we said what the program was about people may not have attended.”

Confronting this taboo subject has been Ajulo’s greatest leadership test and triumph. “I’ve had the greatest impact as a leader I think by being able to talk about the issue of sexual violence openly and to involve the community on the discussion.”

Ajulo is another participant looking to hone her public speaking skills.

“I hope to gain the skill of good and confident public speaking. I was invited to participate in the leadership program because someone thought that I have the potential and characteristics of a leader and I also think the same, so I accepted the offer.” She wants to see police, young or old trained to consider the “big picture” of a situation or issue. She finds the involvement of young police officers important “so that maybe the young police might relate to us young people and have a bit more understanding of our issues.”

The Greater Dandenong Young and Emerging Community Leaders Program develops young people from diverse cultural backgrounds and young police officers with a passion for community leadership who want to work together to make a difference in the local community. The program is a rich development experience that builds participant’s leadership capabilities and communication engagement skills to identify and seek solutions to community safety issues for young people. This will have long-lasting benefits for participants and strengthen social cohesion within the local community.

An Open Letter to LV Alumni and Participants

Its time to pause, get on the balcony and draw down every lesson, experience, story, idea and good...

Take a Seat – The Canberra Experience

Every year, the Williamson Leadership Program travels to Canberra to explore politics, policy, leadership and influence in the...

The Best in Leadership Reads

You are what you read, and the smart leader always seeks inspiration from the best books. Good to Great: Why...